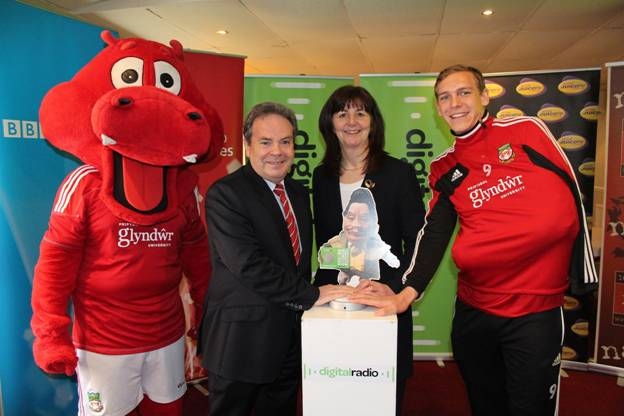 Arqiva Award nominees to be announced May 9th

The 2013 ceremony’s nominees are to be announced by Neil Fox and Denise Van Outen on the 9th of May. The awards, which celebrate the work of commercial radio, will be held at Westminster Bridge Park Plaza on July 3rd.
Radio Today

Online thought leaders and audio specialists, including Maple Street Studios and RadioWorks, have joined the IAB’s first Audio Council which has been set up to educate, develop and increase the value of the online audio advertising sector. A key output for the group includes a research project in conjunction with AudienceNet which will examine consumer attitudes to advertising.
The Drum

Simon Pearce from RadioWorks says: “I’m excited to be sitting on the Audio Council and I look forward to sharing information and delivering insight from both a creative and agency point of view.”

Since launching as Virgin Radio in 1993, One Golden Square has now broadcast 20 years of commercial radio. Currently home to Absolute Radio, the square also celebrates Russ Williams who has been there for the entire duration.
Radio Today

Sian Bennett from RadioWorks says: “He’s been there for half of commercial radio’s lifetime. Happy Anniversary Russ!”

Chinese football fans will now enjoy live Premier League commentary from talkSPORT after the station agreed a deal for rights outside of Europe. The station recently renewed their top-flight commentary rights for three more seasons.
The Guardian

Jack Allen from RadioWorks says: “Entertainment exports to China are growing – even Hollywood films are being specially edited for the Chinese market.”

A new deal regarding music licensing rights on commercial radio has been agreed. The new deal, signed with the help of the RadioCentre, replaces the previous agreement which was signed in 1993.
The Drum

Listeners can now vote for their favourite radio presenter as part of May’s Sony Radio Academy Awards. Sir Terry Wogan said: “The Sony Golden Headphones Award will give the listeners their voice on the all-time great radio presenters.”
Radio Today

Jack Allen from RadioWorks says: “With the nominees already announced the Sony Radio Academy Awards 2013 build-up is in full swing!”

Vodafone will continue their sponsorship of the event which takes places each year at Wembley Arena. Customers of the phone operator will also be able to buy their tickets 48 hours early.
Radio Today

35.4% of new cars are fitted with digital radio

Simon Pearce from RadioWorks says: “A great step forward, looking forward to the day when it’s 100%.”