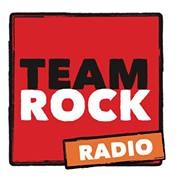 The Competition Commission’s ruling regarding the proposed GMG Radio takeover has been challenged by Global Radio. The CC ruled that Global would have to sell seven radio stations in order to meet competition regulations.
Radio Today

Listeners in Bath took part in a digital radio pilot to discover consumer views on digital radio. The results concluded that 92% of Go Digital Trial participants said they were highly satisfied with their digital radios.
Radio Today

The Mayor of London will follow Nick Clegg in hosting his own talk show on LBC 97.3. Boris Johnson will answer and debate listener’s questions in 45 minute sessions each month, and will be joined by breakfast host Nick Ferrari.
The Guardian

Rob Box from RadioWorks says: “I think this is a great way for him to communicate with the people he represents on a regular basis.”

An eagerly anticipated Apple music streaming service was announced yesterday at Apple’s WWDC conference. iTunes Radio, initially available in the US only, is a free music discovery based platform that shares many similarities to US based streaming tool Pandora.
TechRadar

Jack Allen from RadioWorks says: “For US markets, it doesn’t seem to have many more features than Pandora, other than utilising the iTunes library combined with your own, plus the option to instantly buy a song within the app. Autumn release for the US, no word on when it will roll out to the UK.”

Andy Gray and Richard Keys will move to a weekly Friday night weekend build-up slot instead of their daily show from next years football season. The pair will also continue to commentate on talkSPORT’s live Premier League coverage.
Radio Today

Jack Allen from RadioWorks says: “Fantastic news for talkSPORT, especially since there were rumours last week that the pair were planning to leave.”