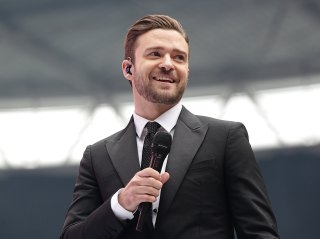 Tracey McNellan, who has previously worked at Global as Capital FM’s MD and also for Bauer with Radio Clyde, has joined YOUR Radio as Managing Director. The Scottish independent station broadcasts to West Dunbartonshire and Helensburgh and was previously known as CastleRock FM.
Radio Today

Olly Murs, Rudimental, Mark Owen and Scouting for Girls have all been revealed as artists to perform at this year’s Key 103 Live at Manchester Arena on July 28. The full list of artists for the event will be announced on June 17.
Mancunian Matters

Marvin Humes will now host a Saturday night show on Capital FM in addition to his Friday evening slot. The news comes just weeks after Humes and his JLS band-mates announced that they were breaking up.
Radio Today

Former Product Development Director at The Perform Group will head up Global Radio’s digital division as their new Director of Digital. James Hickman will lead his team on the group’s continued development of providing digital content across multiple platforms and devices.
Radio Today

A rumoured new music streaming service from Apple has received a boost after a deal was agreed with Warner Music. Analysts predict that ‘iRadio’ could be announced Apple’s annual developer conference today (June 10th).
Brand Republic (£)

Jack Allen from RadioWorks says: “Looking forward to the announcement, this could have huge potential when you consider the number of people with iTunes accounts.”

The Jemm Media Group has rolled out three online-only stations that broadcast dance, modern rock and classical music respectively. Jemm broadcasts from its own purpose built studios in West London, and they produce over 360 hours of original programming a week.
Radio Today