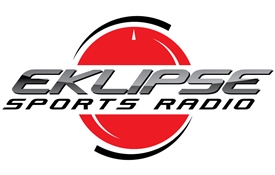 Heart FM have awarded one of its listeners a £125,000 jackpot for correctly guessing three celebrity voices in their “Who’s on Heart” competition. 24-year-old Kerri correctly guessed that the mystery voices were David Duchovny, Jamie Bell and Belinda Carlisle.
Radio Today

After a limited release to a select few, Spotify has fully rolled out its new “Discovery” feature on the browser version of its music streaming service. The tool allows users to find tracks based on their music collection via a news-feed interface.
TechCrunch

Jack Allen from RadioWorks says: “This should be good fun to play with, looking forward to finding something new! Hopefully the mobile and desktop versions aren’t too far away.”

Former Rascals frontman Miles Kane will partner Pete Donaldson on his new Absolute Radio evening show in a one-off special. Taking place on May 29th, Kane will co-host for an hour and will no-doubt discuss his new album, which is set for a late srping release.
Radio Today

Wounded soldier charity Help for Heroes are to feature in a special series of programming and fundraising events on LBC 97.3. The Global Radio owned station will welcome special guests including injured war veterans and celebrity supporters.
iMedia Monkey