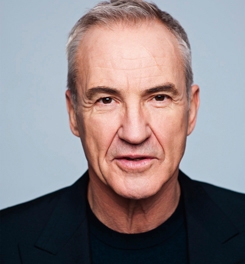 Magic FM’s Neil Fox and Denise Van Outen have revealed the list of nominees for this year’s Arqiva Awards. Bauer Radio lead the nominations with 16 but Global Radio are just behind with 14. You can read the full list here.
Radio Today

Amazing Radio back on DAB

Amazing Radio, the station dedicated to new and emerging music, will return to DAB in London and Dublin. After a year-long absence, the roll-out will begin from the 13th of May.
Music Week

Maple Street Studios said on Twitter: “Welcome back to London @amazingradio you have been missed!!”

Adam Mills has been appointed as the new talkSPORT and Sport Magazine Sales Director. He replaces Adam Bullock who left the UTV Media outlets last year. Mills said that he “can’t wait to get started.”
Radio Today

Stations, teams and individuals were honoured at the annual Bauer Radio Awards last week. The event was hosted by MD Dee Ford and took place at the Park Plaza Westminster Bridge Hotel. Click to see the full list of winners.
Radio Today

Comedian Al Murray will host his own weekend show on digital-only station Planet Rock. His show, Defender of the Planet Rock Tradition, will air from the 26th May at 10am on Sunday.
Chortle

Jack Allen from RadioWorks says: “I’ll be tuning in! Al Murray is a brilliant stand-up but also a great presenter judging by his recent TV documentary work.”

Bauer have decided to remove Kiss from 25 local multiplexes and have advised listeners to use the national mono signal. The news comes a day after the network launched two new Kiss sister stations, Kisstory and KissFresh.
Radio Today

Global Radio have made a number of changes to its management team at Capital FM. Mike Parker takes the role of Deputy Managing Directer whilst Robert D’Ovidio has been appointed Managing Editor of the London station.
Radio Today