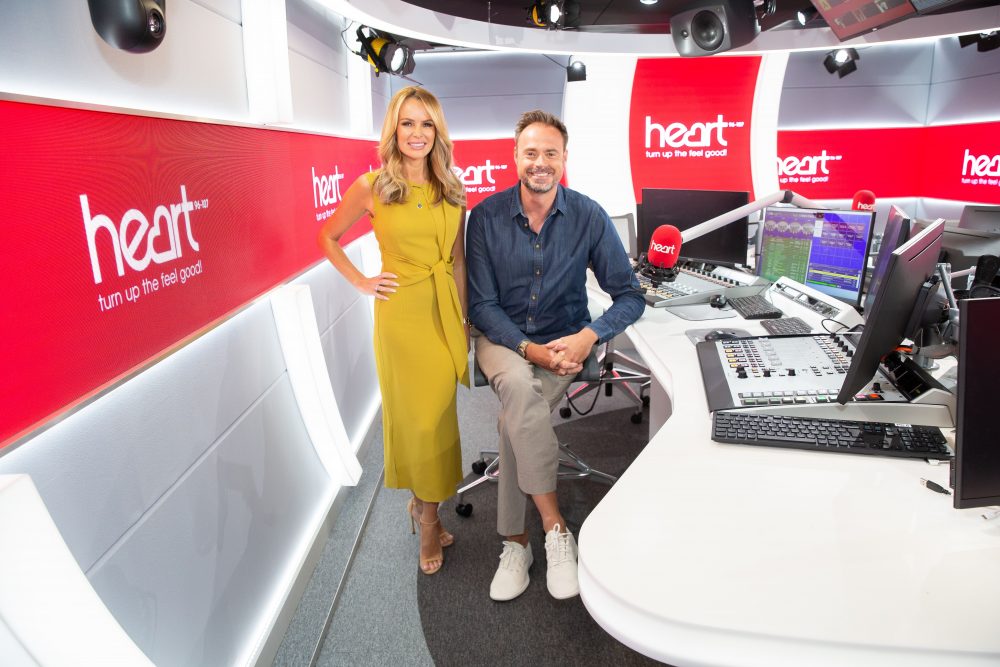 ‘Britain’s Got Talent’ judge Amanda Holden joined Jamie Theakston on air for the new national show. The two presented alongside one another for the first time this morning, with fellow BGT judge David Walliams, as their first guest on the all-new breakfast show.

In a previous statement, Holden said: “I’ve spent years in the car listening to Heart while traveling to work or doing the school run with my daughters. So, it feels incredibly surreal to be announced as the new national Breakfast co-presenter alongside the fab Jamie Theakston. Jamie and I go back more years than I can remember so I have no doubt that working with him will be hilarious for everyone.”

Heart Breakfast’s co-presenter Jamie added: “This is a massively exciting opportunity in taking this show nationwide and I’m beyond thrilled to have my friend Amanda join me in the fun. Listeners can expect the unexpected from Amanda, just as I have learned to do over the years!”

The pair will be waking up the nation at 6:30 am from here on out. Day two of the new Heart Breakfast show, according to twitter, welcomes the wonderfully eccentric Keith lemon – stay tuned for more!