LBC to broadcast election night on air and video 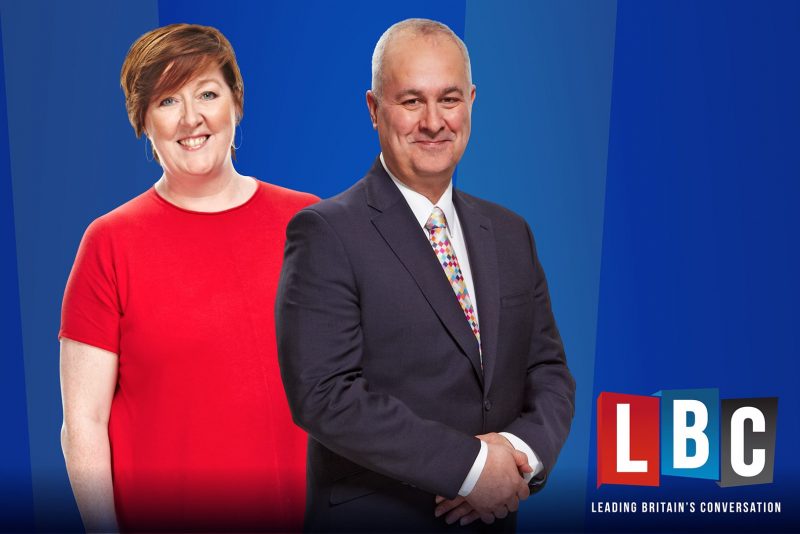 This Thursday, Britain will face a general election, in what will be the poll that defines the fate of Brexit and ultimately the country. For those still deciding on where tune in for the evening’s proceedings, LBC is set to broadcast ‘Britain Decides’, a fully-integrated election results show on both radio on FM, DAB and Global Player, and in HD video on Global Player.

‘Britain Decides’ will be live on air as polls close at 10 pm, with Iain Dale and Shelagh Fogarty anchoring the eight-hour election programme. Also reporting live, LBC News presenter Martin Stanford who will broadcast from a brand-new augmented reality studio to bring the latest results and the biggest stories of the night to life on the radio and the visual stream.

In the Election Hub in the heart of Global’s news operation, LBC presenter and No.10’s former Head of Broadcast Tom Swarbrick; LBC’s Political Editor Theo Usherwood and the Co-founder and Director of Deltapoll Joe Twyman will provide further expert analysis and commentary.

With the help of Global’s team of journalists and broadcasters, LBC will also be live from more than 80 crucial counts in England, Scotland, Wales and Northern Ireland, to bring the latest news and results. LBC’s Darren Adam will lead the coverage in Scotland, reporting from the key seats that will influence the outcome of the election.

Guests include current and former Cabinet ministers Nicky Morgan, Jacqui Smith (also co-presenter of the For The Many podcast with Iain Dale), Sir Michael Fallon, Lord Chancellor Lord Charlie Falconer and Sir Vince Cable, as well as the Mayor of London Sadiq Khan.

Then, as the nation wakes up to the election result, LBC’s award-winning Nick Ferrari will host a special extended edition of Nick Ferrari at Breakfast from 6am to 10am.

Tom Cheal, LBC’s managing editor, said: “As the nation prepares to go the polls, we are proud to announce the most ground-breaking election night programme in LBC’s 46-year history. We are bringing together the best political team across the UK for LBC’s most extensive election coverage to date, as we deliver the results, news and analysis live on air both on the radio and HD video.

Across twelve hours, our extensive election coverage will be led by the finest broadcasters including Iain Dale, Shelagh Fogarty and Martin Stanford, with Nick Ferrari presenting a special extended edition of Nick Ferrari at Breakfast from 6am the following morning. As always, the most important voices to be heard – our listeners – will take centre stage to give their reaction and opinion on the results of an election that will shape British history for years to come.”