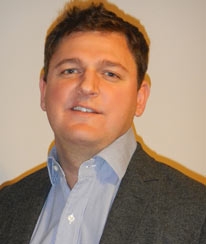 Hucker joins Pure after leaving his role at iRobot as their Director of Global Marketing Communications. Previous roles included working at Dyson, Grey Worldwide, Ogilvy and Start JudgeGill, where he dealt with clients including Virgin Atlantic, Nintendo, Siemens and IKEA.

He said: “I’m really looking forward to building on Pure’s incredible success not only in the UK but all around the world, particularly as it transitions from its digital radio roots to a fully-fledged consumer electronics business with a diverse and exciting range of products including the new Jongo multiroom music system.”

Outgoing Director of Marketing Colin Crawford, who has been at the company since its inception said: “Working at Pure and Imagination Technologies since its early days as VideoLogic has been an extremely fulfilling part of my life and I am genuinely sad to leave my colleagues, some of whom I have worked with for over 25 years. However, I am also extremely excited to be moving into a new phase of my life and to be pursuing a long-held career dream. I wish Nick every success in moving the business on at this exciting time.”

Paul Smith, Pure’s General Manager said: “I would like to thank Colin for the huge contribution he has made to developing the Pure business as well as the vital role he has played in accelerating the take-up and promotion of digital and internet radio. I am genuinely sad to see him leave and wish him every success with his new pursuits. I would also like to welcome Nick and look forward to working with him to grow the Pure business further. Nick’s experience within a range of exciting consumer electronics companies is a great asset.”

Pure is a divison of Imagination Technologies Group and are the number one supplier of digital radios in Europe and Australia, including the world’s most poular digital radio, the Evoke-1S.