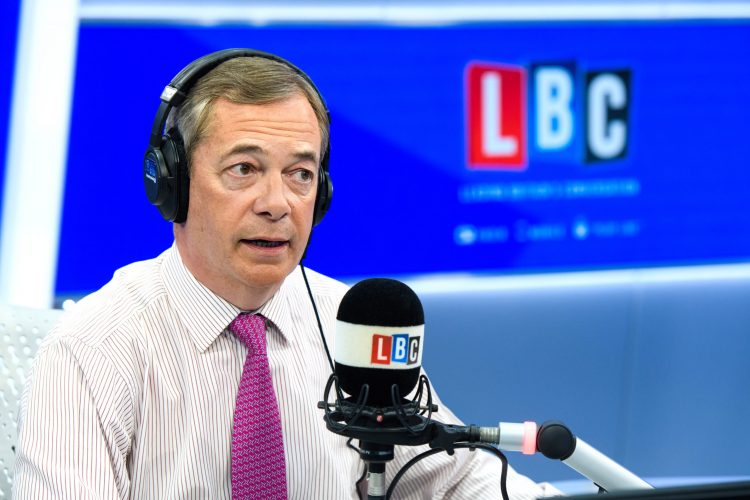 A spokesperson at the station said: “Nigel Farage’s contract with LBC is up very shortly and, following discussions with him, Nigel is stepping down from LBC with immediate effect.”

Farage joined LBC six years ago to take calls from members of the public during Nick Ferrari’s breakfast show. The Brexit Party leader then went on to host ‘The Nigel Farage Show’ in 2017 which was broadcast on LBC five days a week.

While reasons for Farage’s departure are not certain, it follows the accusations of racism over comments regarding the Black Lives Matter movement.