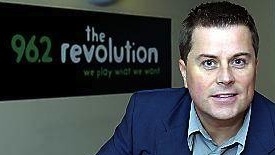 Penk announced his decision live on air and will pass on Breakfast show duties to Elliot Eastwick.

After purchasing the station in 2008, Penk spent five years on-air at the station. During his presenting time, he was able to double the stations audience within three years.

The new schedule puts Big Al, who was sacked from the station in 2011 after an apparent fall-out, back on a daily show, followed by Brendan Kearney on drivetime.

Steve told RadioToday: “The time was right to move over and concentrate on taking the business forward. Presenting the breakfast show along with running the station for the last five years has been fun but the show is in good hands with Elliot.”