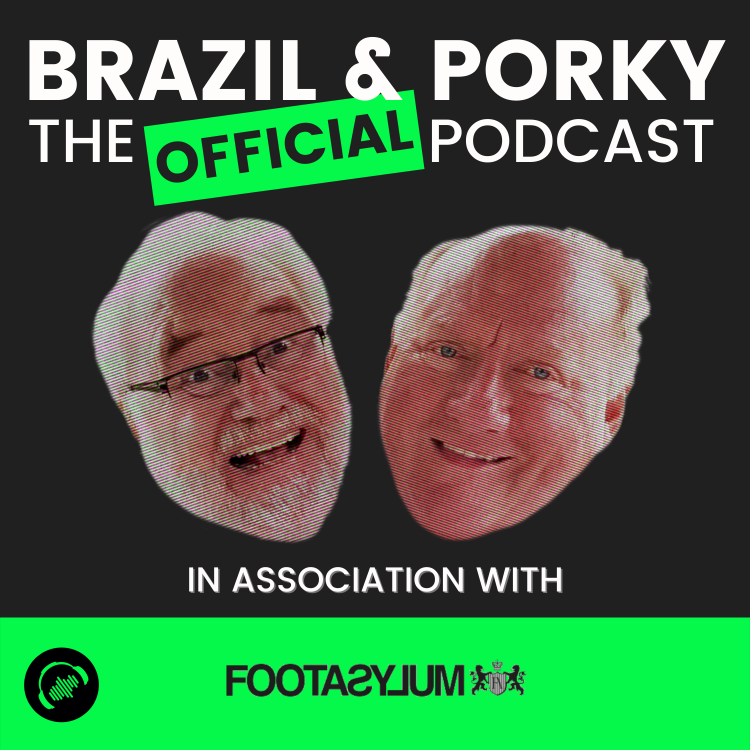 September 8, 2020 – Alan Brazil and Mike Parry, a.k.a Brazil and Porky, are back together with a brand new podcast in association with Footasylum.

Brought to you by PodcastWorks, ‘Brazil and Porky, The Official Podcast’ offers a treat for listeners as the renowned radio duo avidly discuss the world at large, tackling issues of the day – with great guests and hilarious stories.

Episode one of Brazil and Porky, The Official Podcast is out now and available on all major platforms. Kicking off the series, hosts Brazil and Porky take on Covid, talking trees and reveal which familiar fella turned hero on the beaches of Andalusia.

The new series is the upshot of the enormous success of this year’s Brazil and Porky Bank Holiday specials, where the pair first reunited after several years apart. Sharing thoughts on everything from isolation and pubs, to sporting legends and football clubs; listeners were greeted with the sound of familiar sparring and debate in true Brazil and Porky fashion, which generated huge interest amongst fans.

Mike Parry said: “It’s glorious to be working with Al once again. These are tough times and we want to give it straight to our listeners and put a smile on their faces… it’s life – but not as most people know it.”

Ally Lang, Commissioning Editor, PodcastWorks added: “They were the best double act on radio, and now for PodcastWorks to be able to offer the same great entertainment and banter to a digital audience is the landmark show the industry needs to go mainstream.”