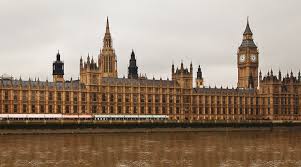 talkRADIO has announced Ross Kempsell as the station’s first Political Editor. Ross will be on air later this month to help shape the station’s wider political coverage, working closely with the editors and producers.

Commenting on his appointment, talkRADIO programme director, Dennie Morris, said: “Ross immediately impressed us with his knowledge and passion for UK politics and his natural flair for broadcasting. Already a regular contributor on-air he is the perfect fit for our no-nonsense approach at talkRADIO. We’re looking forward to him breaking stories across our national stations and going head to head on talkRADIO with the likes of Julia Hartley-Brewer at Breakfast and Eamonn Holmes at Drive”.

Ross said: “I’m thrilled to be joining talkRADIO as Political Editor, where I will be helping to drive forward a significant expansion in the station’s political coverage. We plan to build a strong broadcast presence in Westminster. Our mission, as we report on the political issues of the day, is to serve our listeners, holding politicians to account without fear or favour.”