Tuning In North: The Best Bits By Kieran Plus, Spotify Teams Up With HARMAN 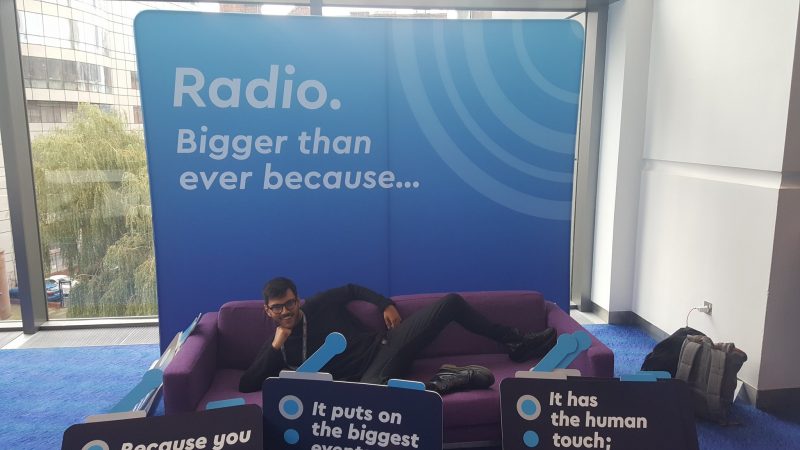 Spotify and HARMAN, a Samsung Electronics subsidiary, announced a new car-focused collaboration. Under their arrangement, a version of the Spotify app will be integrated into the HARMAN Ignite automotive cloud platform. The Ignite platform allows drivers with participating car models to download a Spotify app designed for use on behind the wheel infotainment systems.

Fresh from Radiocentre’s TuningIn North event, like Auntie Pam’s beaten up car stereo, we’re buzzing to broadcast all the news – We’re also quite tired and struggle to work most days.

The initial figures made for saucy viewing early on with 89% of us now tuning in to radio every week, generating record revenues of over £700 million. Quite the figure, right? But looking further forward, the radio industry seems to be going from strength to strength after Ofcom’s deregulation of local broadcasting set to see the commercial radio industry rise even further on the national scale. In laymen’s terms, it’s gonna get saucier.

Bauer has announced details of this year’s Hits Radio Live taking place once again in Manchester, Birmingham and Liverpool.

Each event features its own individual line-up including Lewis Capaldi, Mark Ronson, Rita Ora and Mabel.

Nominations Out for the Community Radio Awards 2019

The shortlist for the 2019 Community Radio Awards has been revealed.

Awards chair Martin Steers said: “The breadth and depth of entries never ceases to amaze, and yet again our judging panel from across the industry has had some tough choices to make…