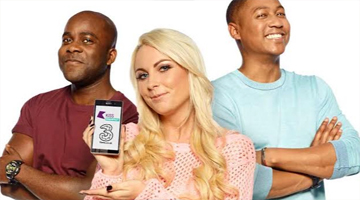 Kiss Breakfast extends by an hour with Three as new Sponsor

Bauer Media has signed a partnership with Three to sponsor KISS breakfast with Rickie, Melvin and Charlie and extended the breakfast show by an hour.

Justin Bieber will be the first in a series of music artists to feature in a new digital outdoor campaign by Universal Music and Global Radio’s Capital FM.
The campaign promotes artists signed to Universal’s label and will give commuters real-time updates when they are playing on Capital FM.

The Global Academy, a new university technical college for 800 students, has gained support from Simon Cowell.
The new facility, operated by Global, opens in September and will offer practical training in the broadcast and digital media industries alongside GCSEs and A-Levels.

New consumer research found that 68% of smartphone owners listen to streaming
music every day. The study revealed that smartphone owners spend more time with their tunes than any other form of mobile entertainment, clocking in at 45 minutes per day with streaming music click resources.