Playlists are listened to more than albums, Matt Frei joins LBC and Heart host an exclusive gig with Emeli Sandé 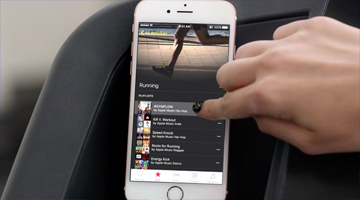 Playlists are beating albums for listenership, according to the latest study from the Music Business Association and LOOP.
The survey results found that playlists account for 31% of total listening time across all demographics, compared with 22% for albums. Single tracks trounce both with a 46% share of total listening time, but that format is down from 52% in 2015.

Heart is organising a gig with Emeli Sandé for 400 listeners, with the event also being broadcast on Heart TV.
Emeli will take to the stage to perform a selection of her songs as well as some brand new material at Under The Bridge in London on September 27th.

All female breakfast show presenters on The Breeze have left the network in the last few days. The Breeze is made up of a number of previously locally owned and operated radio stations in South Devon, South West Surrey, West Sussex, Hampshire, Cheltenham, West Berkshire, Bristol, Somerset, Dorset and West Wiltshire. Celador also runs Sam FM and Fire Radio.

Channel 4 News’ Europe editor and presenter Matt Frei joined LBC at the weekend to present a brand new weekly show.
He’ll be on-air each Saturday from 10am to midday in a show, the station says will be packed with opinion, callers, breaking news and interviews. He will present his new LBC programme in addition to his role at Channel 4 News.