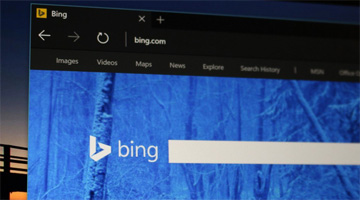 TuneIn has created an arrangement with Bing, the Microsoft search engine. Searches for “online radio” return a panel of Bing’s most searched-for radio webcasts, a mix of terrestrial and pureplay stations.

The feature works with the “online radio” search, and no other phrase such as “Internet radio,” “webcasts,” “streaming radio”.

Find out what we think of this quarter’s RAJAR results and who were the big surprises in Q3.

The station will re-broadcast the audio of Bloomberg television with the exception of a European breakfast show and the 4-5pm Bloomberg Markets: European Close show.

Bloomberg Radio joins London DAB via an agreement with Digital Radio Group, a consortium of Bauer, Global, Wireless Group and Carphone Warehouse. Traffic and travel reports will be broadcast every 15 minutes on weekdays from 6-10am and again from 3-8pm.

Rock Radio to return to Glasgow and Scotland

Ofcom has awarded the Glasgow / west central Scotland licence to Rock Radio, meaning the station will return to 96.3 FM. Rock Radio is described by the applicant as a station which will play the best of local, national and international guitar-based music from across the years, with a playlist heavily driven by supporting the live music scene in Glasgow.