Are you talking to me? ~ Radio-Recap 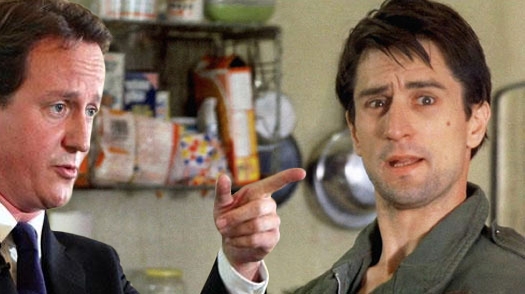 Cameron isn’t the only politician on the airwaves; Deputy Prime Minister Nick Clegg can be heard every Thursday at 9am on LBC, whilst London Mayor Boris Johnson is also grilled by listeners on the station on the first Tuesday of each month.

Enough politics – if you’re into your sport then look no further than talkSPORT for your phone-in destination. The station regularly invites guests from the sporting world to be interviewed by listeners, and some even hold presenting posts such as Alan Brazil and Stan Collymore, with Daily Mail columnists  Jamie Redknapp and Jamie Carragher soon likely to feature after the station struck a deal with the newspaper.

Radio is perhaps the best medium for talk. There’s a reason why many consider radio to be the original social media – it has given listeners a platform to debate and discuss for years before the likes of Facebook and Twitter, but even those platforms struggle to match the familiar yet unique nature of a heated live phone-in.

Furthermore, the listenership is engaged, which is why they are an effective choice for advertisers.