May 2016
Warning: Invalid argument supplied for foreach() in /home/customer/www/radioworks.co.uk/public_html/wp-content/themes/radioworks/single.php on line 24 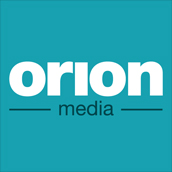 A few weeks ago, we mentioned the rumours that Midlands based radio group, Orion Media had attracted attention from rival radio groups.

Orion Media was formed in 2009 to purchase stations from Global Radio previously known as BRMB, Mercia, Wyvern and Beacon – as well as the regional licence for the East Midlands which used to operate under the Heart brand.

Last week, Bauer Media confirmed that it has bought Orion, bringing the total number of stations it owns to 71.

The acquisition increases Bauer’s UK commercial radio listening share to 34% as the Free Radio and Gem brands are currently heard by more than 1.25m listeners weekly.

Paul Keenan, CEO, Bauer Media commented: “Free Radio and Gem are influential radio stations in one of the UK’s fastest growing regions. Bauer’s desire to build out its extensive radio business is testament to the nature of the industry which continues to be a strong, robust and growing platform, thriving in the always-on, mobile, connected world. It’s promise of music discovery and curated entertainment; intimate companionship; and trusted and vital local news make it relevant and essential to its growing audience.”

Adrian Serle, CEO, Orion Media said: “Orion has established market-leading status for audiences and revenues in each of its markets, something our teams should be immensely proud of – we are extremely confident that the business will continue to thrive under Bauer’s ownership”