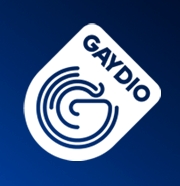 Tributes have been pouring in after colleagues announced the passing of popular radio presenter and voice-over artist Dave Hickman. Ian Danter of talkSPORT, Orion Media CEO Phil Riley and radio stations such as Smooth Radio and Xtra AM have all been paying their respects upon hearing the news.
Radio Today

33rd anniversary for ‘Our Tune’ on Smooth Radio

Simon Bates’ long running Our Tune feature will celebrate its 33rd anniversary on Smooth Radio this Sunday (21st July). The popular show, which began on Bates’ mid-morning BBC Radio 1 show in 1980, was once heard by 11 million people during the ’90s.
RadioCentre

To celebrate the imminent birth of a new royal baby, community station Cambridge 105 is asking listeners to suggest their favourite songs with the word ‘baby’ in the lyrics. The station will then dedicate a full day to the theme and will play the selected hits once the eagerly anticipated birth is officially announced.
Radio Today

Nigel Godrich and Thom Yorke have both criticised and removed music from Spotify in a dispute where the pair claim the platform doesn’t pay fairly to new artists. The music streaming platform has responded by claiming they will have paid out over $1 billion to artists by the end of 2013.
TechCrunch