Blog: A radio transmitter so powerful people heard it in mattress coils and other remarkable radio facts 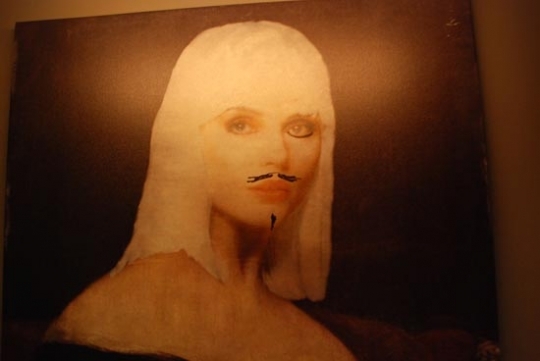 Getting out of bed in morning can be a struggle. We’re all guilty of hitting the snooze button one too many times for that measly prize of 5 minutes extra duvet time. Well, you would imagine this daily ritual would become a lot easier if your mattress was talking to you. No, this isn’t some wacky new invention (although I’d buy an iMattress) but it was a fact of life for residents of Cincinnati in the US state of Ohio.

WLW, the national talk radio station based in the city, spent $500,000 in 1933 ($8.8 million in today’s money) on a giant transmitter and antenna with an astounding 500 kilowatts of power. As well as disrupting other radio stations’ signals as far away as Toronto, many of the local townspeople complained about hearing the presenters voices in the metal throughout their homes, including their mattress bedsprings.

Eventually, and to the relief of many, the power was reduced. Today, the station uses 50,000 watts of power. Much less invasive and the Saturday lie-in was restored!

Who wants to be a Cash Mountain?

International quiz hit ‘Who wants to be a Millionaire?’ has given us some classic TV moments. Who could forget coughing scandal cheat Charles Ingram, who blagged his way to the top prize aided by his wife in the audience, only to face four weeks in court and was eventually convicted of deception? Unrelated fact: Charles lost three of his toes recently in a gardening accident – ouch!

Perhaps the association most synonymous with the original UK television show is host and radio icon Chris Tarrant. His catch-phrases (“buuut we don’t wanna give you that!”) are certainly a key attribute in making the show so popular. However, the show’s humble beginnings involve the production team that formed part of Chris Tarrant’s hugely popular Capital Radio Breakfast Show; a show that ran for 17 years. David Briggs and his team gave Tarrant the radio hit ‘Bong game’ but also felt Tarrant would be the perfect host for a new concept they were developing called ‘Cash Mountain’.

After a much needed renaming process, the show debuted on ITV in September 1998 and Tarrant still commands hosting duties to this very day.

The last remnants of Virgin Radio

Richard Branson was the first voice heard on Virgin Radio back in April 1993, but when Times of India, a subsidiary of The Times Group, took over the station in 2008, Branson wasn’t so keen to have his Virgin brand associated with the station any longer. In fact, one of the transition requirements was to completely re-brand the station within 90 days. That meant all remnants of the Virgin brand within the station’s famous One Golden Square location had to be destroyed.

Styled like a rockstar’s mansion, the One Golden Square offices and studios are home to a long list of unusual and remarkable stories and they’re usually about the drove of stars that have graced the building’s hallways. For example, Guns N’ Roses guitar legend Slash once added a felt tip moustache and beard to a hanging portrait of Blondie in the basement!

The very last remaining clue of the Virgin Radio days is actually quite hard to spot. It’s only with a keen eye you’ll see the acronym VR adorning the classically styled lamps hanging above the staircase.