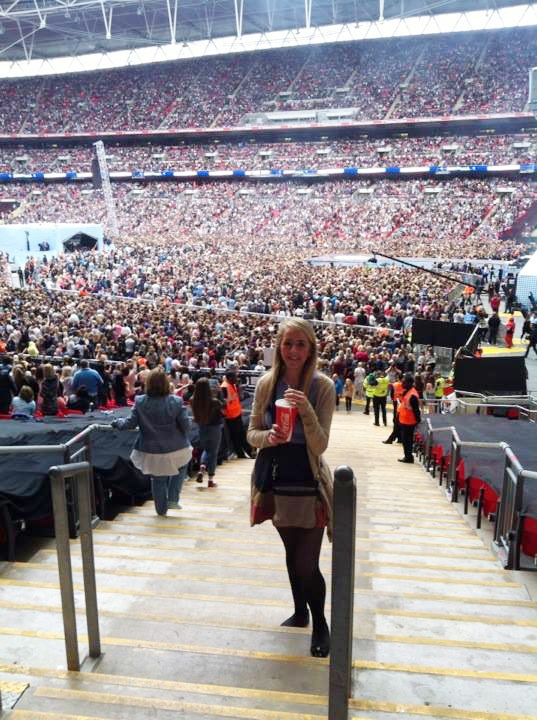 I have been to Wembley before but this was my first time watching a concert at the venue. Once inside Wembley you feel like an ant as you look around the stadium, but the atmosphere is amazing! Even before the event had started, everyone was thriving and getting very excited to see their favourite acts.

Once it began, Justin Timberlake was given hosting duties and he did a great job getting the crowd going.

Although I never thought I would hear myself say this, one of the main highlights for me this year has to be PSY with his hit Gangnam Style. All acts gave it their all but PSY managed to get 80,000 fans out of their seats doing the Gangnam Style dance with him!

Other than PSY my top 5 acts out of the 21 performers were Jessie J, Olly Murs, Rudimental, Will.I.AM and of course Robbie Williams who always puts on a good show. I have been to previous concerts held by Capital but nothing compared to the Summertime Ball at Wembley!

In fact, my top three reasons why I believe this Summertime Ball was the best they’ve held are:

• 21 performers – this is the most Capital has ever announced and the standard was unbelievable!

• The atmosphere – being with 80,000 people, all dancing to your favourite artists is such an amazing feeling.

• Layout – this year at Wembley there were three stages: the main stage, a middle stage and a small podium to the end of Wembley. This meant that fans got to see acts no matter how far away you were from the main stage.

However, if I’m being completely honest, I was a little let down by The Saturdays performance, although I did feel slightly sympathetic towards them as the microphones cut out half way through their performance! I was also looking forward to seeing X Factor winner James Arthur to see if he would put on more of a show, but even with 80,000 people chanting his name he doesn’t seem much of a showman, particularly for this type of event.

Another X Factor star Olly Murs made up for James Arthur and put on a fantastic show full of energy! The cheeky chap from Essex reminds me of a younger Robbie Williams. They would be a perfect pair to do a duet with together and it has been announced that Olly Murs will be supporting Robbie on his tour, so hopefully they find some time to record.

Finally, there were even a few surprises! Appearances from B.O.B, Ed Sheeran and another former X Factor contestant Ella Henderson all put on a great show. I thought The Loveable Rogues put on a good show too with their new single and they really seemed to love the energy the crowd was giving them and they gave just as much back!

Amazing show with amazing acts but, they have set the standard high for Jingle Bell Ball 2013 and as well as 2014’s Summertime Ball. Will be exciting to see the new line ups as this one will be hard to top!