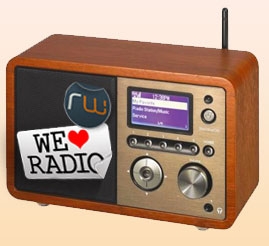 Halloween has been and gone and in some towns, the Christmas lights are already on display. With a lot of people well and truly in the Christmas spirit already, radio is no exception with a number of Christmas pop-up radio stations starting to appear.

The stations will play a non-stop mix of the biggest and most popular Christmas songs, as well as Christmas memories from big names across the world of music, including Robbie Williams, Little Mix and James Arthur.

On a national scale, Heart Extra became Heart Extra Xmas at the weekend and will play Christmas songs all day every day until December 27th on DAB digital radio.

A Global spokesperson has said: “Heart Extra Xmas will be playing nothing but everyone’s favourite Christmas songs 24 hours a day, 7 days a week across the country. It’s the UK’s only national radio station devoted entirely to playing the biggest festive hits all the way through until December 27th! Turn up the Festive Feel-Good!”

In addition, Portsmouth DAB+ station Unforgettable Radio has switched to all Christmas music and Radio Lapland will be on air in Belfast from December 1st aiming to raise money for charity.