Classic FM and Cancer Research team up for original composition 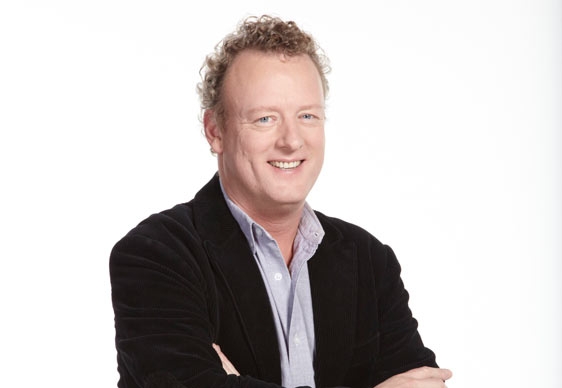 Howard will travel the country meeting the charity’s scientists, supporters and cancer survivors who are alive today, thanks to the charity’s work.

The composer will create “an uplifting and stirring piece of classical music” inspired by his journey. The final composition will be premiered at the radio station’s Classic FM Live event in London later this year and will be available for purchase online at iTunes.com, with a donation going to the charity.

Classic FM will produce a series of short films to chart his creation of the piece, which will be shown on classicfm.com. The five-month campaign will run on Classic FM until May 2013.

Howard Goodall previous work includes the EMMY Award-winning film score Into the Storm and the popular TV themes, Blackadder, Mr Bean, Q.I. and The Vicar of Dibley. On Classic FM, he presents to weekend programmes – Saturday Night at the Movies from 5pm and his new series, The Composer’s Composers, every Sunday night from 9pm.

Natasha Hill, Director of Brand and Strategic Marketing at Cancer Research UK, said: “We are thrilled to be working with Classic FM on this exciting new partnership, one that we believe will help people understand the importance of research in beating cancer in a way they won’t have experienced before.

“We hope that by working together with our scientists, passionate supporters and amazing cancer survivors on such an innovative piece of music, Howard’s composition will really inspire the nation to get behind our belief, that one day we will beat cancer. We can’t wait to hear the finished piece later this year!”

Darren Henley, Classic FM’s Managing Director, said: “We are delighted to announce our new partnership with Cancer Research UK. As well as raising much needed funds and awareness, we believe that Howard Goodall’s evocative composition will become an everlasting musical tribute to the pioneering work of the charity.”