Commercial radio is worth £683 million 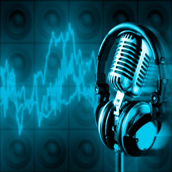 A study by Oxford Economics for Radiocentre has shown that in 2015, the £592m spent on radio advertising in the UK represented a value of £4.6bn to advertisers.

The report, ‘The Value of Commercial Radio to the UK Economy’, examined the impact of commercial radio on the UK economy and identified a gross value added (GVA) of £683m.

The report noted that the growth of consumers streaming music has generally been a substitute for music purchase and is becoming the way that people listen to their own music collection but “radio stations still play a fundamental role in driving music sales”.

“Commercial radio’s popularity with listeners is not in doubt with an incredible weekly audience of 34.3m,” said Siobhan Kenny, CEO of Radiocentre. “However the economic activity it supports has never been examined in any detail. The results are impressive.”

John Whittingdale, the secretary of state for culture, media and sport, said: “This Government is committed to doing all it can to support the success of commercial radio so it continues to provide this value to audiences across the UK and [to] advertisers now and in the future.”

The latest forecasts from the AA/Warc Expenditure Report, which draw from Radiocentre data, expect radio adspend to be in a good place, rising 4.3% this year and a further 3.8% in 2017.