Blog: Everything Changes But You (Radio) 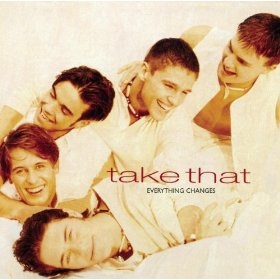 Everything Changes But You (Radio)

As a radio specialist (OK then, geek) one of the things I do is listen to a load of different radio stations.

Earlier this week I tuned into the digital radio station (and brand extension of their magazine) Heat Radio. Heat is a national station, available across DAB radio, online, apps and on digital TV. While I was listening, they were playing a lot of old school pop. One of the songs to hit my ears and filter into my subconscious was Take That’s “Everything Changes But You”. That ‘90s hit has been going round and round in my head ever since! Embarrassing? Yes. Even more so was when I got caught singing it to myself whilst at football training!

While that damn song is still stuck in my head, it has got me thinking… radio is a bit like those lyrics.

“Everything changes but you…” Commercial radio has been around for 40 years this year and it’s amazing to think about how much has changed since then: phones, TVs, computers and house values have undergone dramatic changes – but the essence of radio has largely stayed the same. Yes, technology has meant you can now listen in via a mobile phone rather than a gramophone, but radio’s strengths remain; listening figures are high, people continue to interact with it and radio is still a friend.

“We’re a thousand miles apart / But you know I love you…” Love is a strong word, but the truth is, people feel strongly about their radio stations. On average, UK listeners tune in to only three different stations and some even put station stickers in the back of their cars! Recent research by the RAB (Radio: The Emotional Multiplier) to this showed how radio can improve our mood, so perhaps it’s little wonder people like to listen.

The internet has helped radio in a number of ways and apps like RadioPlayer and TuneIn Radio, which aggregates radio stations from across the globe, can bring listeners closer to the stations they love. I work with a Kiwi and even though she’s more than a thousand miles apart from her favourite radio station, she’s constantly sitting there with her headphones on chuckling along to New Zealand radio station, George FM, I hope George knows she loves them.

“You know every single day / I’ll be thinking about you…” The average time spent listening to radio in the UK is a whopping 22 hours per week! It does in fact seem that every single day 9 in 10 of us are thinking about radio. And it’s not just those who remember Take That who are listening in, 86% of 18-34s also listen to the radio each week (figures from RAJAR Q4 12). So perhaps Robbie, Gary and the boys were singing about radio after all? Unlike Take That, radio is a medium that has stood the test of time, despite what people may have predicted in the past. Radio is still a companion which has the power to uplift and entertain – much like your favourite 90s hits can. Now to get that damn song out of my head. I know, The Proclaimers…