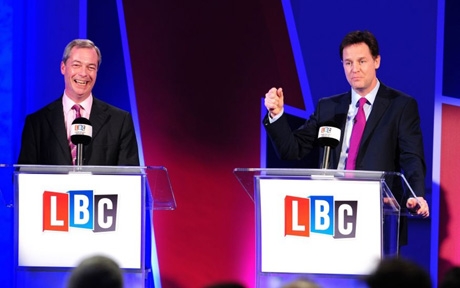 It really has been a tremendous 2014 so far for LBC.

In February the station announced it was going national; the slogan ‘London’s Biggest Conversation’ was left behind to make way for ‘Leading Britain’s Conversation’.

Whilst a YouGov survey saw Farage as the political victor, many commentators saw LBC as the real winners on the day.

The debate was broadcast live on Sky News and was frontpage news across national newspapers and websites alike. With prominent LBC branding and a typically accomplished performance from mediator and breakfast host Nick Ferrari, the event is a huge success story for the station.

And to put the icing on the cake, Nick Ferrari won Radio Broadcaster of the Year at the Broadcasting Press Guild ceremony last Friday.

As Champions of Radio, events like last week make us proud to be part of this dynamic and remarkable medium.