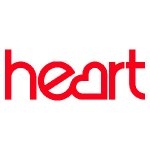 Prime Minister David Cameron made a visit to Midlands station Free Radio and appeared on the station in support of fund-raising cancer victim Stephen Sutton. The Conservative leader was in the region to launch his European and UK election campaign.
Radio today

80,000 tickets were snapped up by fans looking to see the likes of Miley Cyrus, Pharrell and Calvin Harris during this year’s Capital FM Summertime Ball at Wembley Stadium. Fans that missed out are able to win tickets across the Capital FM network.
Capital FM