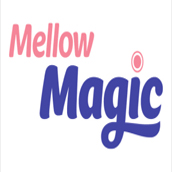 The Mellow Magic show has been a popular London evening programme for the last decade and today it becomes a national station in its own right.

The station will host a perfect mix of timeless relaxing classics to soothe the busy lives of a 50+ target audience. Artists will span Aretha Franklin to Elton John, Marvin Gaye to Michael Bublé as well as vintage Mellow songs from the likes of Nat King Cole, Frank Sinatra and Etta James.

Presenters include Patsy Kensit, the actress, singer and model, as well as Magic Radio’s Gary Vincent, who will take care of weekday afternoons and Actor, John Hannah, hosting the weekend mid-morning show.

In order to receive the station’s digital frequencies, make to re-tune your DAB Digital Radio to get the most up to date stations. For more information on how to do this, head to www.getdigitalradio.com/retune

Have a great week, and <a href="http://www.twitter weightloss tablets.com/radiospecialist”>let us know what you think of the new DAB stations!