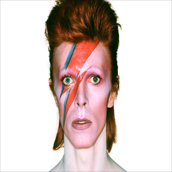 Radio stations across the country payed homage to the late David Bowie this morning by playing a number of his greatest hits.

A number of local stations played non-stop Bowie songs, whilst stations which don’t normally include David Bowie in their playlists, aired a number of his songs. Classic FM played David Bowie narrating Peter and the Wolf from 1978 and 5 live – which doesn’t play any music – replaced their usual breakfast chat show with some of his biggest hits.

Last week, we told you that community radio station Dales Radio was to launch at 7am today – and the station reacted to the news by playing Let’s Dance as their launch song.

Absolute Radio also honoured the artist by playing nothing but Bowie from 9-10am and will be looking at the man, his music and his legacy throughout the day. This afternoon Andy Bush will be talking to Isle of Wight Festival organiser John Giddings who got Bowie to play the festival in 2004 and after 5 this afternoon, Danielle Perry will be talking to the team from Q Magazine about his music.

Here at RadioWorks we are huge Bowie fans – and in 2013 we collaborated with Total Media and Absolute Radio to create a bespoke three-part weekly series to coincide with the V&A’s David Bowie exhibition. There’s another chance to hear the first part of Absolute Radio’s landmark Bowie documentary hosted by Tim Minchin at 11pm. Parts 2 & 3 will follow tomorrow.