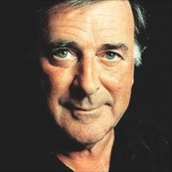 Tributes have been flooding in for broadcasting legend, Sir Terry Wogan, who died this weekend.

Radio stations across the UK and Ireland have paid their respects with special tribute shows and guests paying their respects throughout the day, including Simon Mayo and Tony Blackburn on 5 live.

Terry started his radio career on RTÉ Radio 1, who will air Terry Wogan’s interview with Gay Byrne on The Meaning of Life at 10.35pm.

He also became a household name with his Radio 2 radio shows, starting with his breakfast show from 1972 to 1984 and then returning in 1993 to front the re-branded Wake Up To Wogan, which regularly drew more than 8 million listeners. Sir Terry continued to front a live Sunday morning show on Radio 2 until November 2015 Discover More.

A huge supporter of radio, Sir Terry was a big fan of hospital radio and was a patron of the Hospital Broadcasting Association for over a decade.

With a number of jingles over the years during his radio programmes – let’s remember him with this montage by Robin Blamires.