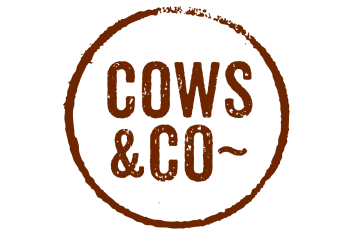 RadioWorks are delighted to announce the official opening of their new premises in Central Carlisle on Wednesday June 22nd.

RadioWorks plan and buy radio across the entire commercial radio portfolio, and are the sixth biggest commercial radio spender in the UK, with billings of over £20 million. With two offices in Carlisle and London, the team champion radio and digital audio advertising, working with clients right across the radio landscape including; spot advertising, sponsorships, promotions, broadcast PR, training and insight. The company has its own production studios in London, Maple Street Studios.

RadioWorks have had a tremendously successful year. At the Arqiva Commercial Radio Awards last year, the company was awarded Silver in the Media Agency of the Year category and were proudly shortlisted in the same category in the 2016 awards. RadioWorks celebrated their 25th birthday in 2015 and were named as one of 2015’s 1000 most inspirational UK SME’s. More recently, they announced that they have appointed John Tulley as Managing Director. RadioWorks is growing in a positive direction and it is easy to understand that it is a very exciting time for the company.

It has been an incredibly rewarding year for the regional team. The team, who have been based in Carlisle for 16 years, were shortlisted in three different categories at the Carlisle Living Awards in 2015 including Best Place to Work, Best Boss and for one of Carlisle City Maker Awards. Emma Hill, Group Media Director at RadioWorks, was announced as winner in the Best Boss category. This was thoroughly deserved and recognition of her hard work and dedication to RadioWorks, both in Carlisle and London. There are forty staff employed by the RadioWorks Group, with ten people based permanently in the Carlisle office, all with a variety of backgrounds and experience. Three members of the team have celebrated working at RadioWorks for more than ten years, whilst another three joined the company in April this year.

Now the RadioWorks Regional team have stunning new offices in the centre of Carlisle, having previously been based in Warwick Mill Business Village. All members of the Regional team have relocated to their new premises at Victoria Place, and RadioWorks are officially opening their new offices with a Proudly Cumbrian themed event. The theme is very much inspired by the team’s love for all things Cumbrian and their passion for radio, a passion that is not only shared across the team, but also amongst their guests.

RadioWorks are delighted to announce that John Myers will be officially opening the office. John Myers is a British radio executive, consultant and presenter. He’s well known in his home City of Carlisle as the founder of CFM, who then created and developed the Century Radio brand for Border Radio Holdings in the early 90s. He became Chief Executive of GMG Radio in 2002 and developed the Real Radio, Smooth Radio and Rock Radio brands. Alongside this, he presented radio programs under the fictitious name, “John Morgan”. John has produced a number of reports and reviews about radio, and recently published his own book entitled Team, It’s Only Radio, recounting his 30 years in the media industry. He is currently a visiting professor at the University of Sunderland and the University of Cumbria, from which he has also been awarded Fellowship. Originally born in Carlisle, it is easy to see that the area remains important to him. John’s roots in Carlisle, and his passion for all things radio, makes him the perfect candidate to cut the ribbon!

Invites have been accepted from many local and national businesses, including our local partners at C.F.M. and Cash for Kids, plus representatives from Heart FM, Classic FM, Spotify, Kiss and Absolute Radio. This is massively important to the RadioWorks team as it is recognition of the strong relationship they have with their partners and their respect for RadioWorks’ investment in the City.

Cumbrian cheesemaker, Cows and Co, will be providing appetisers for the event. Traditional Cumberland sausage, delicious homemade pate with Cumberland sauce and a range of artisan cheese, made in a creamery in Appleby, will be among the food available. The food is very much in keeping with the party theme and showcasing the very best of Cumbrian food.

With the help of Carlisle’s best kept secret, the cocktail bar Bocata, we will toast our new premises with Cumbrian themed cocktails using vodka and gin supplied from The Lakes Distillery in Bassenthwaite. Cumbrian Lager will be provided by Tractor Shed Brewing in Workington. A perfect blend of local drinks with two of the best cocktail makers in the city, followed by an afterparty at Bocata!

Local band, Hardwicke Circus, will be taking a break from their very busy schedule to provide the entertainment for the event, before they head off to perform at Glastonbury. They have recently announced a new manager, Dave Robinson, who has previously worked with massive stars across the music industry. It’s an exciting time for the band and RadioWorks are delighted that they will be performing a set at the opening of the new offices. With a shared passion for Cumbria, they are the perfect toast for our opening!

The invite only event will be held on Wednesday 22nd June.

Further information on our partners can be found here: