The rise of ‘pop up’ radio stations 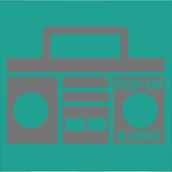 The rise of ‘pop up’ radio stations

The station, which ran until last Friday contained the latest Pokemon news and Pokemon tunes. It’s a brand-extension for 2fm, the national music station, which has repositioned itself for a younger audience over the last few years.

Pop-up radio stations are ‘popping up’ more frequently now, due to platforms like DAB broadcasting and internet radio, where temporary services are quick and easy to set up. At the beginning of the month, we told you about Magic Soul Summer, which is currently available on DAB digital radio and you may have listened to ‘Smooth Christmas’ over the festive period last year.

Pop up radio stations are usually created for a single purpose – to showcase an event or topic, tending to have a short shelf life. Last year, BBC Music partnered with Jazz FM to create a pop up radio station for the EFG London Jazz Festival, which covered specially programmed content building traction for both brands and reaching a large targeted audience.

Ultimately pop up radio increases brand engagement, whether that’s music festivals, charity events, product launches, or an annual event. It’s a good way to push clear targeted messaging, and what better way than an entire radio station devoted to their cause?