Round the world with Ben Jones on World Radio Day 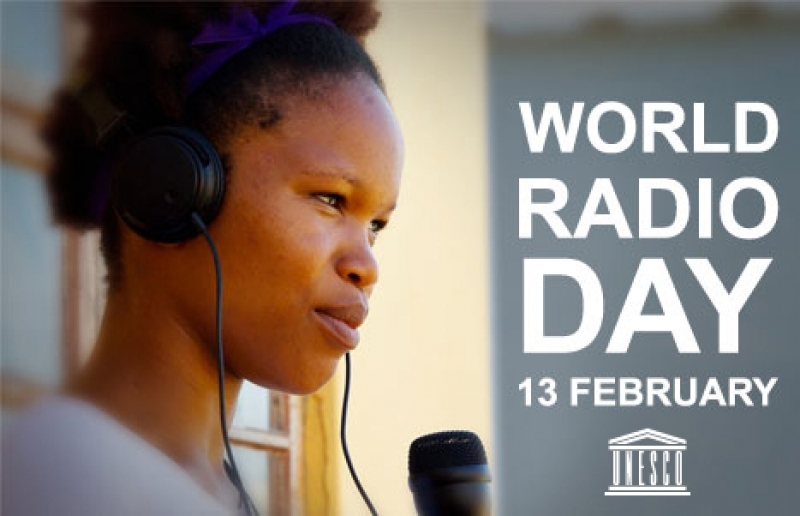 New York is home to one of the most iconic stations in the world. The legendary Z100. Broadcasting from a skyscraper in Newark it has been on the air in one shape or another since the 1940’s and is currently pumping out ‘New York’s Hit Music’. It re-launched in 1983 with Survivor’s Eye of the Tiger being the first track to come blasting out of the transmitter which sits at the very top of the Empire State Building. The station has become synonymous with the sound of young NYC and a ratings smash for years. The current line-up includes Elvis Duran and the Z100 Morning Show and Ryan Seacrest both of which are syndicated across various other Clear Channel stations. The most played song of this week is The Lumineers and ‘Hey Ho’. Every year Z100 hosts the huge ‘Jingle Ball’…sounds familiar! If you love your pop music, if you love the sound of the Big Apple then check out Z100 on Z100.com

Mumbai, India.
Radio Mirchi is a national station across India owned by the Times of India who own Absolute Radio here in the UK. Mirchi is hindi for Chili Pepper, and the tagline for the station is “Radio Michi it’s hot!” It started broadcasting in 1993. Before then all Indian broadcasting was government owned. Mirchi is dominant in 33 cities and market leader in key cities like Mumbai and Kolkata. The most played song today is Teri Jhuki Nazar and Murder 3. Listen here at www.radiomirchi.com.

Sydney, Australia.
Like here in the UK, Australian radio is controlled by the big groups, such as Southern Cross Austereo, and DMG. A lot has been written and discussed about Austereo of recent weeks in light of the prank phone call controversy and the recent appointment of Clive Dickens as the new director of digital and innovation. A role he is perfect for as a keen advocate of the role digital plays in the future of this business. So let’s take a look at Smooth Radio in Sydney. Smooth is owned by DMG Radio and it’s Group Programme Director is Paul Jackson, former boss of Virgin Radio and most recently Programme Director at Capital. Paul has done a brilliant job in revitalising the fortunes of some of the DMG stations including the Nova Group, which are pop and top 40 based, but his biggest success has been with the rebrand of the underperforming Classic rock and Vega stations into Smooth Radio. Think Magic, and you have a good idea how Smooth sounds and features a healthy mix of celebrity presenters such as Michael Buble and Ronan Keating alongside a mix of music that includes The Bee Gees, Lionel Richie and Mr Buble! The rebrand has worked as the latest audience figures put Smooth Sydney up to a 4.8% share, higher than any of the previous stations ever achieved!

Bangkok, Thailand
The brand may no longer be broadcasting in the UK, but Virgin Radio is still very much alive and well overseas. Virgin is in France, Dubai, Canada, Turkey, Jordan, Italy and India as well as Thailand. In Bangkok it broadcasts on 95.5 playing ‘The Hitz’. DJ’s include DJ Titee (I kid you not) DJ Tan, DJ Poom, and DJ Pound. The most played artist is Lula, and you can hear the spectrum of Virgin stations by going to Virginradio.com

And if you fancy listening to something a little closer to home, check out the UK’s smallest commercial station Two Lochs Radio. It is a not for profit station broadcasting to the Gairloch and Loch Ewe areas of Wester Ross in Scotland. The line-up includes the lovely Alice Mackenzie and Alex who is station manager and is also responsible for engineering matters at the station. He presents ‘Craic at Dawn’ on Friday mornings from 7.30 to 9.00 am, which usually includes a live two-way link-up with the Big Breakfast Show on Cuillin FM in Portree. Listen here www.2lr.co.uk