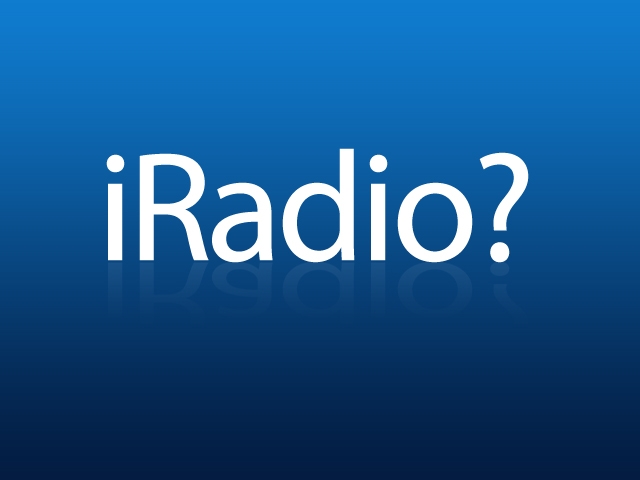 There are rumours circulating that Apple is on the verge of announcing an iTV, an iWatch, possibly even iGoggles or perhaps an iMug for your iTea to pour down your iThroat. Ok, iGotCarriedAway, but speculation is rife ahead of Apple’s annual Worldwide Developer Conference next week. One rumour that certainly has iLegs (ok, I promise that’s the last one) is that Apple is about to join Google in launching its own music streaming service, which many have dubbed ‘iRadio’. The new service might not be adorned by the signature ‘i’ motif, but what we do know is, is that it’s got the potential to be a significant player in the ever-growing streaming market.

Here are the top 5 reasons why:

In September of last year, Apple revealed they had 435 million iTunes accounts with one-click shopping; this is now probably closer to half a billion, but we’ll use 435 for now. Spotify, probably the most familiar music streaming platform, currently claim they have over 24 million active users worldwide. That means if just 6% of iTunes accounts start using iRadio, they’ll already have 2 million more active users than Spotify has.

These are all ifs and buts, however it’s still a stunning set of figures. The leverage Apple holds would enable it to garner an impressive head-start.

2. It’s the world’s biggest and most familiar music catalogue

Of course, Spotify already provides an excellent platform, but Apple boasts 6 million more songs (including the Beatles!) and has an interface familiar to its millions of users, therefore any form of iRadio integration would be seamless.

Some analysts predict the new service will adopt a one-track system whereby you’re prevented from playing the same song twice within a certain period of time. Spotify lifted a similar restriction recently, therefore Apple will have surely taken notice of its competitors journey and can take advantage of being somewhat late to the streaming market. Something a little more certain is that there’ll be a free version of iRadio, which will be ad supported, and a paid-for version, again, very similar to Spotify’s model. Isn’t imitation the sincerest form of flattery?

Whatever the case, it’s a lethal combination; the popularity and access to its users will no doubt bring flocks of listeners to a free Apple service and advertisers will love the access to Apple’s giant user base.

Apple’s ‘Genius’ music suggestion tool is in a similar vein to Pandora’s Music Genome Project. Genius has become pretty intelligent since its release in iTunes 8, therefore all those stats, all those algorithms, all that user feedback, all that data, will no doubt be used to create an extremely powerful song discovery tool in iRadio. Music streaming services have been notoriously striving to release a perfect music discovery feature with their respective platforms and you can bet Apple will certainly be able to provide one that is highly competitive.

Here’s looking at you Netflix! Don’t forget, iTunes also houses Movies, TV shows, Audiobooks and Podcasts – no other provider can boast such a wide-ranging and complete list of media content. There is nothing to stop Apple offering a full-service media package to its users that bundles together its entire catalogue for a monthly fee. Apple has only dabbled with streaming; of particular note was when they provided an exclusive full-album stream of Daft Punk’s latest release, Random Access Memories.

So, if an iRadio announcement does make it into next week’s conference, who knows where the streaming will stop?