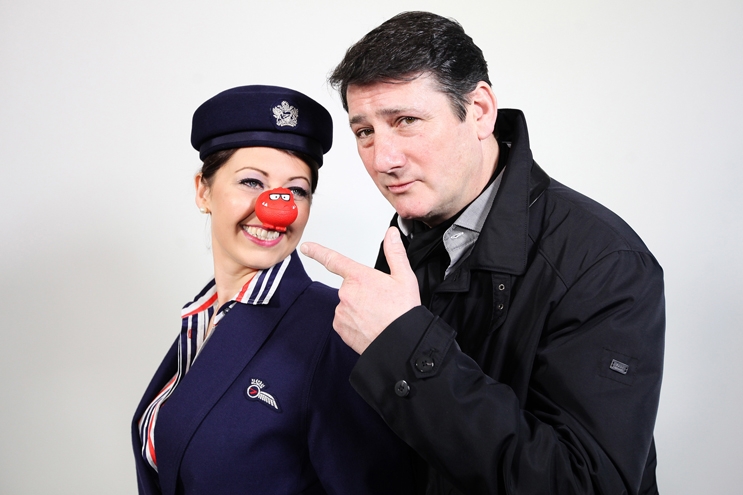 The Bauer Media-owned radio station is working with the airline to create awareness of the campaign, and raise money for Flying Start – British Airways’ charity partnership with Comic Relief. The event also hopes to set a new Guinness World Record as the ‘Highest Concert in the Sky’ with the 767 aircraft flying up to 43,000ft.

This includes ticket giveaways on air, as well as online presence on the Magic 105.4 website and editorial mentions during Magic Breakfast with Neil Fox and Verity Geere (Weekdays 5.30am-9am) and Kim Wilde’s Secret Songs (Sundays 10am-2pm). Listeners can also engage with the campaign by offering their ’80s playlists using Spotify.

Tickets to the event are available on-air and through a text-to-win competition. To win one of 40 pairs of tickets to be in the audience,  text “Fly” to 64100. Texts are charged at £5 with all profit donated to Comic Relief.

In keeping with the theme, British Airways crew will wear original uniforms from the era, and serve food from the airline’s 80s menus to a soundtrack of classic hits.

Emma Chatfield, British Airways campaign manager, said: “We were looking for a media partner that would share our passion for this one-off event, and Magic 105.4 embraced it from the start. Through their popular shows, we will be able to produce engaging content and encourage listeners to text to win a place on board. Fundraising is a crucial part of this campaign, to support our Flying Start partnership with Comic Relief.”

Karen Stacey, Broadcast Sales Director at Bauer Media, said: “We are thrilled to be partnering with British Airways on this unique event, especially as it’s for a great cause such as Comic Relief. It demonstrates perfectly how Magic 105.4 and Bauer’s other radio stations across the Place Portfolio can enable brands to reach their desired audience through high levels of engagement with listeners.”

Magic 105.4 presenter and 80s icon Kim Wilde, said: “This is the sort of fun event that our listeners will love, and with Comic Relief celebrating its 25th anniversary this year, it’s a great tribute to them. I’m sure we’ll be rockin’ around the cabin on the British Airways flight!”