What’s been happening with Apple? 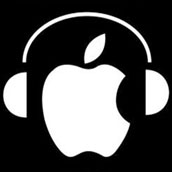 Since the announcement of Apple Music in June, the service has inundated our news feeds, providing a number of mixed reactions and causing quite a stir across the industry.

Apple music is a service, that combines on-demand streaming, social media and artist discovery, and it’s great news for the radio industry that Apple, the world’s most valuable company, want to get involved in this space with their worldwide 24/7 station – Beats 1.
Interestingly, Apple, have been unusually quiet with regards to releasing figures about their latest venture, which begs the question, are they struggling to get the numbers? Earlier this month we heard claims that 10 million listeners signed up to the streaming service – a figure that has still not been confirmed and seems insignificant when directly competing with Spotify’s 60 million user base.

Last week, a new study claimed that only one in ten iOS users are streaming via Apple Music. This was swiftly followed by a promotional push in which we saw Apple rebrand the infamous iTunes festival to the Apple Music Festival. In a bid to promote Apple Music, we heard that performances will be streamed live on Beats 1, alongside backstage news and footage via Apple Music Connect – a platform that allows artists to share lyrics and backstage photos with fans.

So what’s next for Apple Music? We’ll be keeping a close eye on further developments and be on hand to keep you updated!