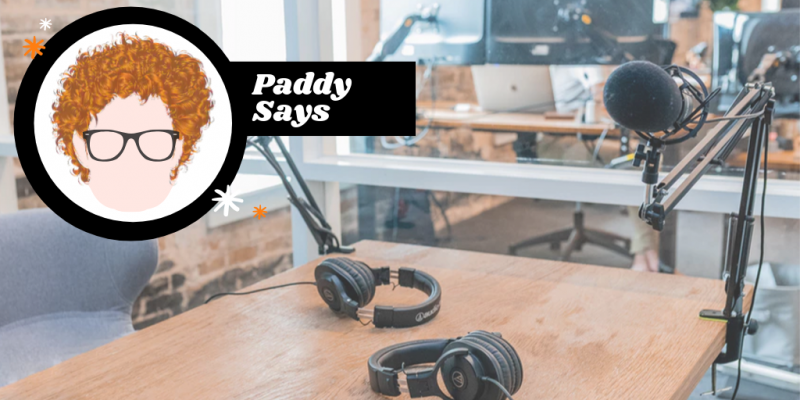 It’s episode three of the ‘Paddy Says’ series. Tune in every month as our Marketing and Insights team speaks with, Planner/Buyer and self-proclaimed audio addict, Patrick Gill to find out more about the weird and wonderful facts of audio.

Paddy Fact 1 – Are we ready for an FM switch off?

Switzerland has become the 2nd country to announce a planned FM switch off, following on from Norway. The British government originally said they would merely investigate an FM switch off when digital listening made up 50% of radio listening on RAJAR, but digital has been ahead for a while now.

Although there is little to no appetite from the BBC or commercial radio to switch off FM yet, shutting down FM will require a large amount of legislation going through parliament, which is spending most of its time talking about Brexit … So in short, Brexit is delaying FM switch off discussions in the UK.

Paddy Fact 2 – Listening to too much Sheeran?

Imagine a website that could measure how frequently music is played on some of the UK’s most popular stations. Well imagine no more – Bauer already made one. Called ‘Compare My Radio’, this platform tracks how often songs get played on Bauer and BBC stations. We sometimes use this on the rare occasion that a target audience is based on people listening to a specific artist, in order to see where they get the most airplay.

So, if you think you’re hearing too much Sheeran or Capaldi – this’ll tell you why.

You may wonder what stations play out when their inventory hasn’t been fully sold. Unsurprisingly, some of the larger media groups will have other areas of their business to push. One of the earliest examples of this was 118 212, better known as ‘Maureen’.

In the overcrowded world of 118 numbers, this one is far more distinctive. The direct enquiries line, owned by Newslink, was advertised solely through radio, meaning if you’ve heard of Maureen, then radio did its job.

If you want to find out more about advertising on Commercial Radio stations or Digital Audio platforms in the UK or internationally – we can help!