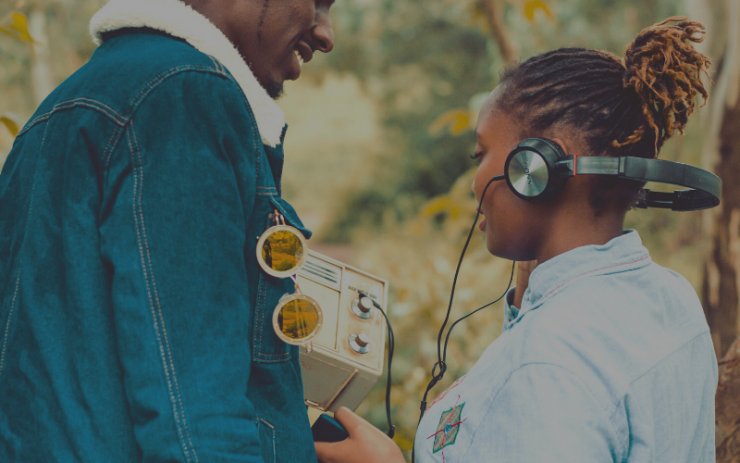 In celebration of UNESCO’s World Radio Day, Pure Radio released new studies revealing the ways radio helps heal loneliness in a world that desperately seeks a cure. Now with tabloids and social media under huge scrutiny, facing criticism for fuelling the UK’s loneliness crisis, we find ourselves torn as we search for more honourable and humane media streams for our news and entertainment. Labelled as the most trusted medium in Europe, radio has provided a source for companionship for millions of loyal listeners for many years and could just be the remedy for this growing affliction.

The extent of loneliness felt by Brits across the country is a serious cause for concern. According to Pure, of the 2,000 UK adults surveyed, 1 in 5 said that they don’t feel connected to the people around them – shocking given how vastly connected the world has become.

Fortunately, there is a saving grace. Radio affects its listeners on a deep emotional level. The bond between consumer and radio presenter equates to one of friendship. Many feel comforted by their favourite radio hosts which is likely why 40% of Brits say that listening to their preferred presenters makes them feel relaxed. In fact, the research reveals that almost 72% of respondents would go as far as to follow presenters to a new radio station, another indication of the remarkable connection between host and listener.

Dr Linda Papadopoulos attributes this to the familiarity of the voice people are listening to. Papadopoulos says: “There is something about the consistency of radio, the familiar voice that you can listen to across different locations, that makes it personal. The consistency of voices, whether it is a DJ or a call-in show, evoke a sense of community and belonging; something that is a great antidote to feeling lonely.

The topic of trust in media has cropped up more in recent years than ever before, or so it feels. In addition to the growing seclusion experienced by the masses, we find radio may also be the answer to the growing divisions in our country. Pure highlights that 1 in 10 of the UK’s young adults (16-34-year olds) say they trust radio more than newspapers and social media when it comes to news and current affairs. Evidently, radio is increasingly becoming a platform for voices to express their views and join in the debate, reasoned debate where diverse voices and opinions can be heard together.

Ultimately, Brits feel an immense connection with radio. This daily audio companion “has played a big part in many people’s lives” says Adrian Bruell, Head of Product at Pure. Bruell continues by saying: “as a brand, we’ve been redefining radio, offering people more options to listen how they want to. Whether that’s in the shower, outside gardening or out on a walk, radio is there for people when they need it.”

Dr Becky Spelman, Behavioural Psychologist, said: “Loneliness affects people in different ways, and there are various ways people try to counter it, including listening to a familiar voice on the radio or TV. From a psychological point of view, having access to new music, discussions around the news or interviews at the touch of a button is an important way of dealing with loneliness.”