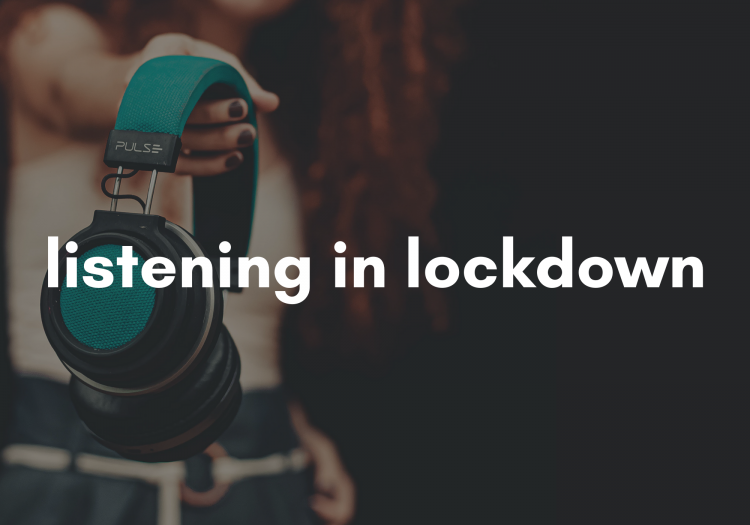 As the temporary norm evolves, we’ll keep updating you with the latest news and research, and why audio is such an important tool in light of the current climate. For more insights, talk to us today using the form below.

RAJAR, the UK’s research body for radio, has officially released its latest report, Listening in Lockdown. In our previous update regarding Q2, 2020, we noted that due to face-to-face surveys being suspended at the end of March, RAJAR introduced a tracking survey to evaluate radio listening during the lockdown period. The purpose of this survey was to explore generic radio listening behaviour and how usage of radio changed during various stages of lockdown. Here are the key takeaways:

Using data across Global, Bauer, BBC and RAJAR’s own Tracking Panel, Listening in Lockdown indicates an increase in listening during the start of lockdown. Usage in the home grew due to the large majority of people being confined to their homes and unable to travel.

According to the Global Corona Tracker, listeners felt a sense of fear and uncertainty during this period, ultimately leading to an increased need for additional news/information. In accordance with this data, RAJAR implies that Speech and News stations were being favoured in pre and early lockdown stages as listeners wanted the most up to date and trusted information around the crisis.

Following the Government’s advice to ‘stay alert and return to work if you can’, traffic on the road and use of public transport slowly began to increase, resulting in yet another listening shift. In April, the share of listening hours at home decreased to 86% from 88%, while listening at work and in the car began to rise, to 8% (up from 7%) and 6% (up from 5%) respectively.

Overall, during the April to May period, almost a third of those surveyed claimed to be listening to more radio than before for many reasons. One of the main reasons given was that it could ‘provide them with background noise at home’. We already know that people turn to radio for companionship, as well as a source of news – well, the same can be said during a crisis. Survey respondents agreed that whilst in lockdown, their mental health benefited from tuning in to radio, and perceived the medium as the most trustworthy source of news regarding the crisis.

We can also assume that these attitudes during lockdown led to more appreciation for radio and its wide variety of stations. The latter is supported by Global’s Tracking Survey which indicated that over five million listeners claimed to tune in to a new station they’d discovered whilst in lockdown.

Much like at the beginning of lockdown, June’s morning peak was still slightly later than usual and listening on the weekend remained higher than the beginning of the year. That said, as the nation slowly returned to work, online and DTV hours decreased, and traditional radio sets increased. This was likely due to more car journeys, as 76% of the usual volume of traffic returned to the roads by mid-June. Therefore, as expected, the share of hours in-home declined slightly (80%), while listening at work and in-car both increased (10%).

To request more information or learn more about the various audio solutions we can provide, please use the form below to drop us an email.

Please fill in the form below to request more info.